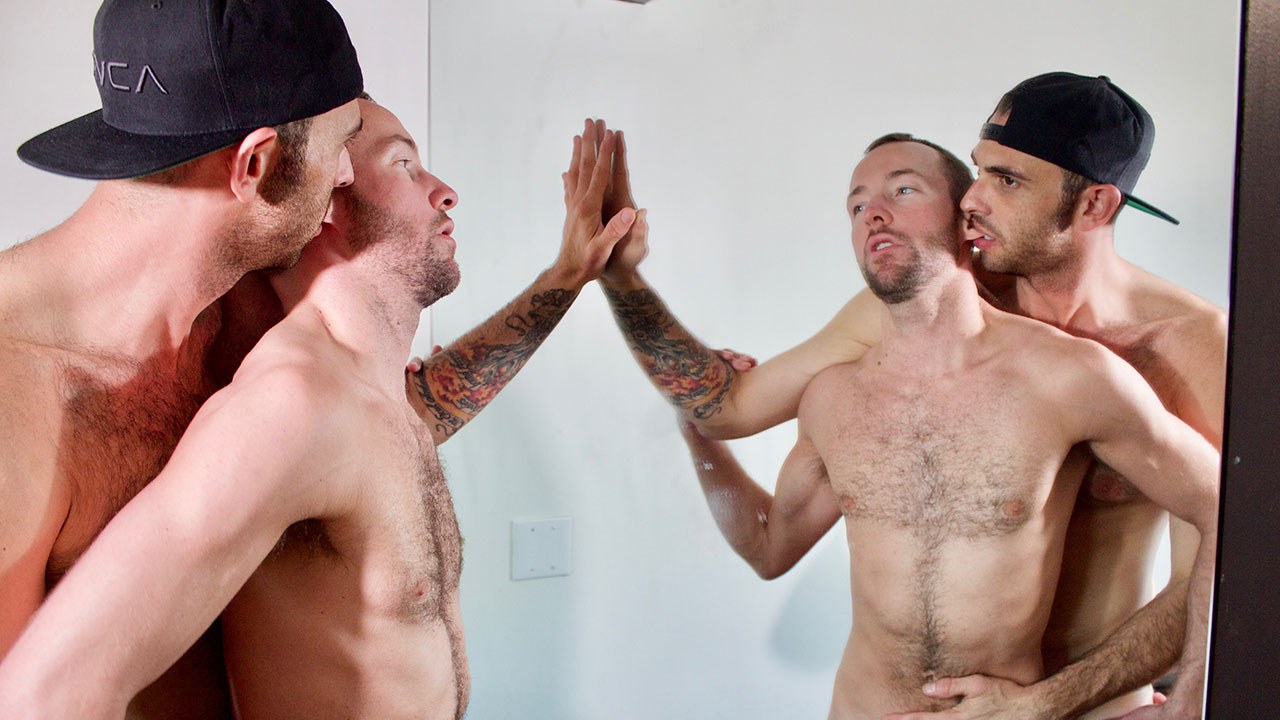 One of the sexiest bespectacled boys I've ever had the pleasure of seeing naked, Alex Hawk has that bookworm next door vibe down. Just as hot in and out of glasses as he is clothes, this hairy hottie is homework you won't mind having. He's toned as hell, hung with a perfect 7 inch cut cock, and comes complete with a furry asshole you'll wanna nibble (then fuck) for days. 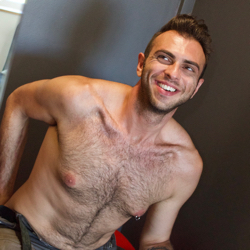 Tall Topher is one sexy, hairy hunk. And the manners on this one! Such a gentleman! 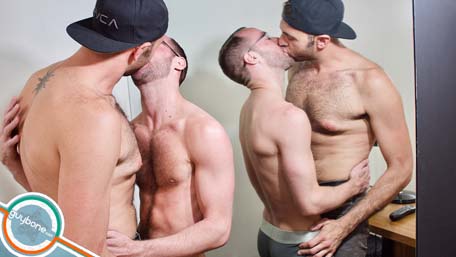 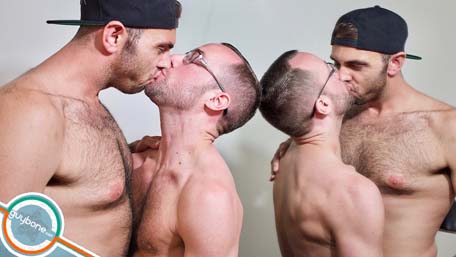 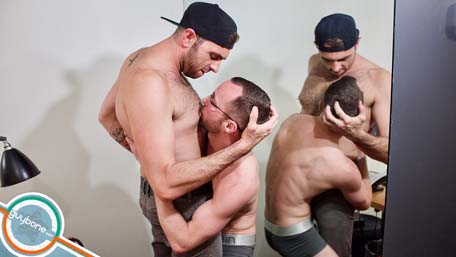 I was super excited to get to work with Alex Hawk again. Our first shoot together with Chip Young was a blast and this time being able to pair him with new GuyBone Guy Topher Michels was awesome! In fact, both Alex AND Chip filmed with Topher, and had previously both filmed with Ryan Powers. Guess they like to share.

Topher is really tall. Alex fits into all his nooks extremely well, like they were made to cuddle. Seeing Topher's tatted arms wrap around Alex's tight, tinier frame was really a huge turn on. Both guys were sexy as fuck and Topher wore a snapback at Alex's request. Alex and I share a love of guys in hats and Topher looks so incredibly hot in one. With everyone turned on to the max, it was only a matter of moments until clothes came off.

They admired their sexy bodies in the mirror then Topher bent Alex over the desk / headboard and dove tongue first into his tight asshole. Topher's â€œmake ya meltâ€ chocolate eyes lit up as they looked over Alex's milky white butt cheeks. He kissed Alex's hairy hole and licked with his long tongue from taint to balls and back. Alex raved about how his scruff felt down there. Eating ass as delicious as Alex's will get ya rock hard, and it did just that for Topher. He put their ever stiff dicks together and jerked them slowly. Then he bent Alex backward over the wooden surface and serviced his big dick orally.

It was time for the main attraction and they were both beyond ready. Alex laid on his back while Topher fingered his unbelievably tight hole to stretch him a bit for his thick dick. They lubed up with SPUNK and Topher entered Alex. It was an immediate trip to pound town as Topher slammed his cock into Alex's acclimated ass. They switched to doggie and Topher seemed totally turned on by watching their reflections fucking in the mirror. Then the sweat began to drip. They'd created their own heat and it wasn't going to cool down until they came.