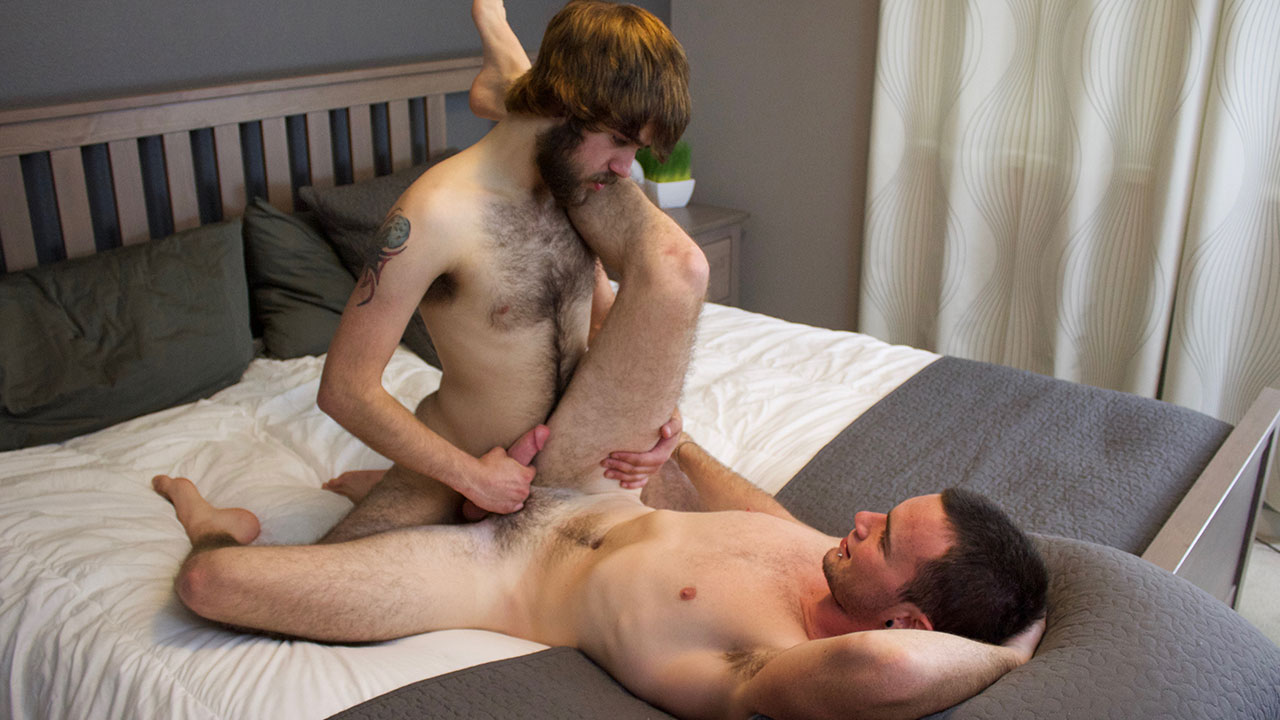 Axel Flint is a sexy, trim swimmer who has one of the hottest grins I've ever seen. This guy smiles and literally lights up a room, not to mention my dick. When he's not flashing his pearly whites, he's teasing with that perfect happy trail that leads to a thick, hard, hefty cock and a handful of heavy balls. 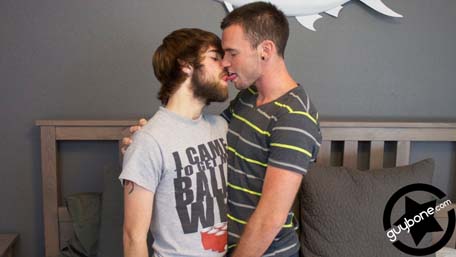 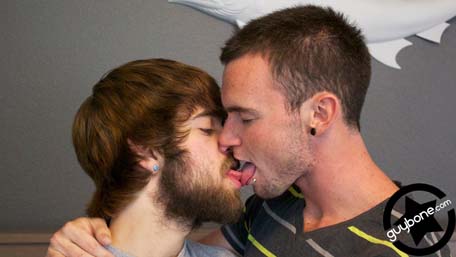 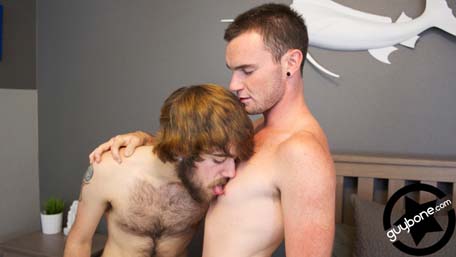 To get his costar nice and hard, Axel took Ryan's fuzzy nuts in his mouth and rolled them around with his tongue, then slid his wet lips up Ryan's shaft, taking in the head of his dick, then burying the entire erection in his throat.

Ryan wasn't done sucking dick either, quickly taking his turn on Axel's hard as rock cock. He twisted his fist as he sucked and jerked, then introduced Axel to his signature move, grazing the head of Axel's cock across his prickly beard. Axel went crazy, as all of Ryan's costars do, and was now officially ready for the taking.

After some deep-dicking in doggie-style, Ryan flipped Axel on his back and entered him completely. The Seated Missionary morphed into the Shoulder Holder and Ryan pounded Axel's prostate as hard as he could.

Axel was ready to take his turn at the reigns as he jumped on Ryan's lap and rode his cock like a bucking bronco. Ryan made sure to spread Axel's ass cheeks apart so I could see his tight pink hole being opened by Ryan's massive erection. Axel slid up and down on Ryan's greased pole, moaning in sheer ecstasy.

Ryan wanted one more good, hard go at Axel's welcoming ass before they finished, so he threw him against the wall and rammed him from behind. Axel turned over his shoulder, begging to be kissed, and Ryan obliged by shoving his tongue deep down Axel's throat while continuing to screw.